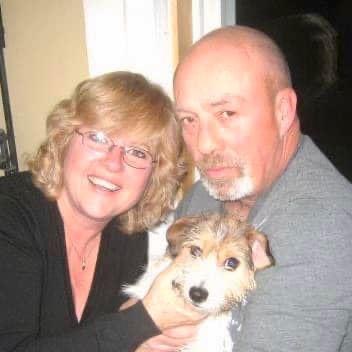 Raised Percent :
90.00%
This campaign has been invalid or not started yet.

let’s fight for a cure!
Eleanor was unforgettable. Everywhere she went a ripple of light and kindness followed. She was an instant friend to every soul who crossed her path. Offered nothing but unconditional love and acceptance. Her smile never left her face and her laugher was contagious. She possessed the optimism and strength of warrior.

Eleanor Louise (Grimes) Michalsky of Clifford passed away at Hospice Wellington, Guelph on Tuesday, March 8, 2022 in her 68th year.
Eleanor was the wife of Russell Michalsky. Mother of Tracy Kiesau and her husband Mike Wick of Harriston, and Rob Kiesau and his wife Holly of Mount Forest, and step-mother to Glen McGarroch of Vancouver, and Sheri McGarroch of Bowmanville.
Grandmother of Brooklyn, Owen, Ashley, Ainsley, Arabella, Adrianna, James, David, Nolan, Abbagale, and Cody.
Sister of Jerry and George Martin of Mount Forest, Marvin and Barb Grimes of Wroxeter, Ron and Rose Grimes of Saskatchewan, Terry and Katie Grimes of Waterloo, and Yvonne and Reiny Grafe of Oshawa.
Eleanor was predeceased by her brother Alan Grimes, and by her parents Clarence and Helen.